life has been pretty rapid of late, and writing has been slow. my current project started out as a sort of “trad house” effort – a traditional four-to-the-floor bass drum and a chord progression. the idea was to produce a sort of accessible pop tune, but since i started writing it my influences have pulled me in other directions.

i started thinking about the likes of zuckerberg and assange, and thought about the work of these massively flawed folk “heroes”. to me they seem to be somewhat arrogant, irresponsible and hypocritical, and yet they also present valid sociological arguments. unfortunately, whilst they may argue from solid ground on some counts, this is undermined by the fact that their motives are questionable, and you can’t necessarily believe half of what they tell you. given the latter, they are no better than the “systems” they criticize. what, then, is the balance of trust between the citizen, the state, the corporation and the institution?

i watched the social network and the fifth estate movies to get some insight into the characters at work here. of course, the movies are themselves biased to a certain degree, but at least i can use them as one of the sources on which to form an opinion. hopefully something along these lines will form the lyrical basis for the next project. so far, it seems to me that there are elements of corruption and dishonesty in even the most righteous of causes. the lust for power inherently corrupts, as i believe plato etc. pointed out thousands of years ago.

so, i think my happy pop tune doesn’t fit with the more brooding undertones of world affairs

but i must finish one project before embarking on the next!

there is also some sadness at home, as our old doggie Fred passed away recently. now that the initial cold, sickly feelings of shock have subsided, i find myself missing his ubiquitous movement around the house. at some points throughout the day, i expect to hear him padding around. last night was the first time i had eaten a steak without him watching me intently. i had to dispose of a box of Bonios that are no longer required, and various other accoutrements like beds, blankets and bowls. needless to say, the local dog rescue has benefited from his passing. i keep the grief at bay in the knowledge he had many years of happy living after being rescued from battersea at the turn of the century. once again, my happy pop tune doesn’t fit with my recent emotions … 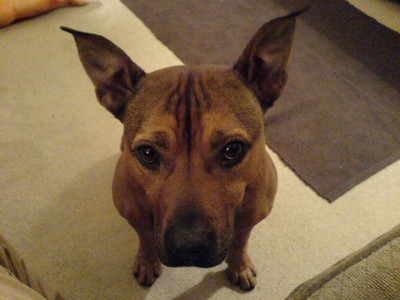