and so yesterday scotland voted against
independence from the uk (as you may have noticed). 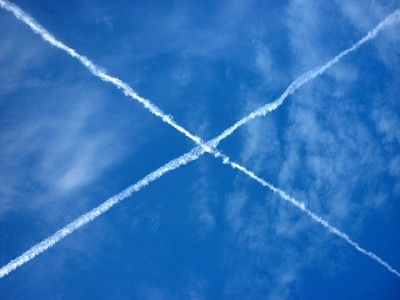 i was not
entitled to a vote, on account of living in england, but this is
fair enough. how would i have voted, though?

i knew many in each camp. most
folk with business interests that depend on
the economy seemed to be firmly against
any separation; but those that considered more fundamental
priniciples were passionately in favour.

over the last few months i have had
many conversations with people in england and scotland, and i came to
the conclusion that it was a vote decided between the long-term
feeling of the heart and the short-term pragmatism of the head. a
similar conclusion seems to have appeared across the social media over the last couple of days.

personally, i think there are
fundamental issues of democratic representation that can only be
solved by an independent scotland. whilst it is true in some senses
that scotland is “over represented” in terms of MPs, MSPs
and MEPs, it is also true that the nation can never be directly
represented by the uk government. this is because the party “in power” is
controlled by a population of more than ten times the size. in short,
it doesn’t matter if all of scotland voted for the scottish monster
ravin sleekit beastie party – the tories in westminster would
still make all the policies. if you consider this fact alone, it seems
wise to vote for independence.

however, the economies of the countries
are inextricably linked. scotland benefits from investment and
trade with europe and the world because of its harmony with the uk. if there are serious problems in scotland, westminster will (usually)
help out.

scotland has its own systems for law and education. it
also has national variants of equivalent bodies in england (like the nhs). administratively, scotland is already quite separate. the main
problems seem to centre around currency and the certainty of trade, and therefore
jobs.

the “yes” voter would argue,
somewhat romantically, that we should embrace independence and sort
out the rest later. i don’t think anyone would deny that the initial
years may be tough and confusing – but eventually, everything
would get sorted out – simply because there would be no way back. in the long term, maybe salmond’s crazy utopian proposal may have
been possible. but in the short term, it was sheer lunacy to make
promises founded on uncertain financial extrapolations. the “no” vote was
always going to win over an independence campaign which could not promise the desired stability.

i think the uk government were a bit surprised at the strength of the “yes” campaign, and used dirty tactics to argue in favour of the union whilst scrabbling around to find ways to appease the populous. salmond was, as ever, crowing in his usual smarmy manner. i felt no affinity with any of the party leaders.

in the end, though, i was delighted to hear that the uk government will now push forward with
maximum devolution, because it is clear that will satisfy the majority of people. i was also really impressed with the turn-out. if we can get
anywhere near 80% in a national election, maybe we can finally induce
some change in our archaic democracy.

as a 19 year old in glasgow, i would
almost certainly have voted for independence on the issue of
representation alone. now, though, i would have probably voted for
the union and the promise of decentralization. perhaps this is the most sensible path to true nationhood.

democracy may be a flawed system, but it’s the best thing we’ve got!