since the meat street dog star experiment, i have been mainly experimenting with old skool break beat as time allows. the current tune seems to be forming into a hi tempo breakfest with some phat synth judder – but i am also trying to keep it slightly organic with a bit of guitar. hopefully this will be up in the cloud in a couple of weeks’ time.

recent experiments with various arpeggiators in the studio got me thinking that it is entirely possible to plumb together a club single in a couple of button presses. A series of notes, some en vogue fx, a library of samples and robert’s yer father’s brother. in the end, it is only who you know not what you know that can make the difference between the obscurity of deep-space and the rocket-ship of popularity.

this has always been the case, of, course. but perhaps there is the risk that the human elements of ingenuity are now becoming off-the-shelf components. the challenge remains for us to make our own mark, however hard that may be.

personally, i try to write everything from the ground up – from the bass drum to the lead riff. my rule of thumb is that if it has more than two notes or two beats in it, then i can’t use the sample. i certainly can’t use someone else’s filter-swept synth effect – it’s already tired before it hits the wav file.

it is the creative process i enjoy, even if the result is not going to be an ear-worm destined for a category-a playlist or a children’s sugar-fuelled disco.

at the same time, though, i’m perfectly happy to use the craft to sell a bottle of popular soft drink if it lets me continue with my own sonic expeditions. so i can’t complain if a formerly amazing song swiftly turns into a regurgitated corporate mess. zen.

there are other strange things happening deep within the internet. there is evidence that it is becoming self aware. 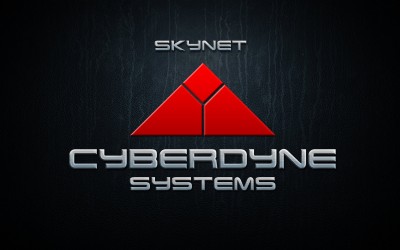 with competition hot across the so-called social network platforms, there is now a means to post to all channels using certain tools. but it doesn’t stop there. we can build our social following in an automated fashion by using tools like ifttt.

this piece of genius lets you do simple things like send an email when someone posts a picture of you on LifeInvader. but it can also let you do things like follow anyone who mentions a particular hashtag on twitter, whilst auto-following your own followers.

where does such a feedback loop end? with automatic playlist generators, it must make sense to the internet (as it would to a radio 1 dj) to add popular tunes to people’s media streams. but if the playlists are generating the popularity, all a machine needs to do is select some pish mp3 at random to make it tomorrow’s viral darling.

software may not yet be fixing its own bugs, but it happily builds and releases itself across the web on a daily basis. more bugs are buzzing around than ever before.

an augmented version of ourselves is already represented on social networks, and this kind of amplification and feedback can let our online existences can intermingle automatically without any human intervention.

is life indeed imitating art? perhaps not. past views of the future promised us flying cars and space ships exploring far away galaxies. the same visions showed us world peace and utopia. and what did we get? smart phones. no one seems to have predicted that most of us walk around hunched over little screens which we stroke with our thumbs. oo. precious.

how much more advanced are we now than 2000 years ago, in the philosophical sense? governments still swing between democracy and tyranny. the poor still go hungry and the rich still get fat. people still kill “them” because they are not “us”. and the same propaganda and sensationalism echo from the roof tops. i wonder when the future will return to save us