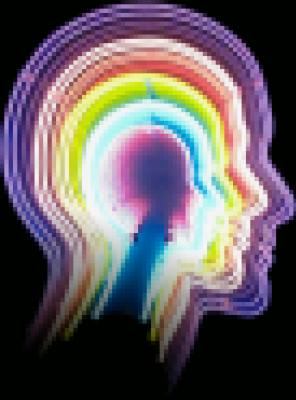 since the single release, i have been helping to research the meaning of techno. rather than some pythonesque quest for the unattainable, the aim of this wee project was to listen to old and new music labelled in this manner and try to create something in the same vein.

i don’t tend to frequent a lot of dance floors these days, i don’t dj and i don’t make music by searching for samples and launching clips. but it seemed a good idea to broaden my horizons, so with the Voxel Records remit i got listening and made a short track.

i started with the korg volca beats. this is a great little analog beat box which lets me do some hands-on tweaking. i played around with bass drums and hats for a bit – the stutter function gave the hats a nice wee shuffle, and the bass drum rang deep. i recorded the clips into the daw to play with later.

i usually start tracks by noodling with sounds from various synths; so i spent a bit of time playing with the juno and the animoog to find some timbres. the juno is a really straightforward analog synth, but the animoog is far more complex. so i selected the juno for some spiky lead and filtering duties, and the animoog for haunting undertones and pads.

after messing around and creating nothing for a bit, i diverted my attention to structuring the track. my experimental stuff follows unconventional structures – so this was a chance for me to plan ahead, according to a tried and tested format.

most techno tracks seem to follow a similar pattern: setting the timbral landscape in the first minute, then building up and breaking down rhythms and textures before finishing with a full groove at the end.

there are lengthy sections (e.g. 16 bars) where the track may be totally stripped bare or revert to atmospheric sound effects; but by the end everything is full and pacey.

i drew up some charts to get a grip on this structure malarkey, and put some markers into the daw as a guide. a bit like a project plan

another key thing was to avoid snare drums. this is really hard for me – i bloody love snare drums. but, according to my techno formula, they take up too much space in the mix.

instead, i spent some time creating a set of hi hat patterns in BFD. i decided to use some acoustic hats for this, because BFD lets me record and program all manner of funky rhythms. i got a set of loops that i could use throughout the track – but no snare drums allowed

once i had recovered from this emotional distress, i went back to noodling with the synths. i got stuck into the sub phatty and the bass station for the low end.

i created a throbbing filter envelope on the bass station and an evolving, monotone rhythm track for it.

the moog sat well with a shuffling arpeggio, and it loves to have its filters tweaked, so i practiced some old skool knob twiddling and recorded the results into the daw.

finally i captured some custom pads that i made in the animoog, and a sticky arpeggio/filter sweep from the juno.

with everything now in the box, i started moving sections around and doing the mix thing, before sticking the result up LANDR for a cheap, shareable master.

you can download the result for free now from the red six soundcloud site. enjoy